Heart2Heart Messages is a show about connections we share. This show started at the onset of the COVID-19 pandemic to help encourage connection and inspiration and has broadened into an ongoing conversation of the heart that we all share as humans.

Guests are invited to read a message (a poem or writing) or may be interviewed by host Anna (Banana) Magnusson, who also responds by matching the message with a song played on the air.

You are invited to share your heart to Heart message on the show. 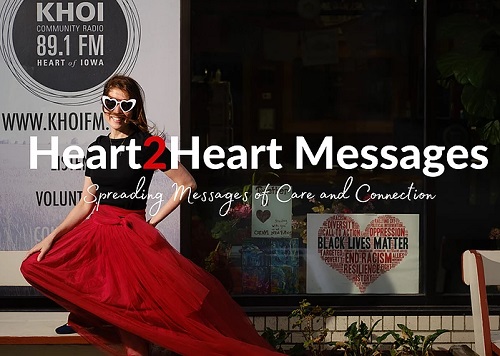 Anna Magnusson/Co-host, Producer, and Engineer, I Am Able IOWA