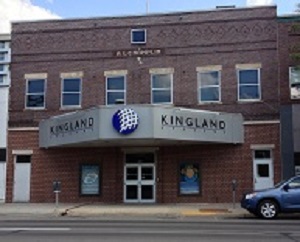 Story County Community Foundation is accepting letters of intent for their major grant of up to $25,000. Letters of intent are due August 1. Susan Scherholz describes the history and mission of the SCCF's grants for Story County.

Nine Campustown buildings were purchased by Kingland Systems Corp. who has notified the City of Ames of their intent to replace all of the building existing on the Eastern half of the business district located along Lincoln Way, with the exception of the Cranford Apartments at the corner of Lincoln Way and Stanton Avenue. To date, Kingland has not spoken with KHOI, but members of the Ames community weigh in on the meaning of such large changes, including the removal of a building that has historic significance - the Champlin building on the corner of Welch Avenue and Lincoln Way. In addition, the two major properties on along Lincoln Way between Stanton and Lynn Avenues. We speak With Lorrie Versteeg, co-owner of Lorrie's Coffee, located on one of the proporties being sold.