Born On Third Base 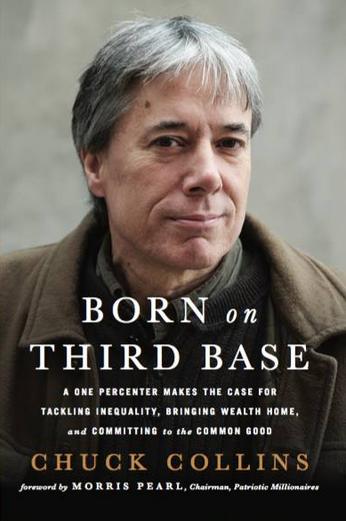 People who are Born on Third Base Don't Need to Hit a Triple--but They CAN Work for their Communities. An interview with Chuck Collins, author of Born on Third Base, and many other books on economic justice. Chuck is a researcher and social justice campaigner as well as a prolific writer.

He's also a member of the wealthiest one percent of people in this country, the great-grandson of the meat-packer Oscar Meyer. But Chuck believes in the estate tax, and in progressive taxation generally, with wealthy people paying their fair share of taxes. He calls on the one percent to bring their wealth home to invest in their own communities, and in a more fulfilled and meaningful life for themselves and others. In the process Chuck explodes various myths about wealth creation and the privatization of security for ourselves and our families.

And Chuck Collins knows many other wealthy people who believe as he does, and he's convinced that many more can be converted to his way of thinking if they are approached the right way. He has founded or co-founded organizations such as Patriotic Millionaires, United for a Fair Economy, and Divest-Invest.

Kay Puttock interviews Chuck Collins about his latest book and his ideas on economic justice, including solutions to our growing inequality.