Laura Belin, author of the blog  Bleeding Heartland, updates you on developments in Iowa government, hosted by KHOI’s newsman Dennis Hart. An in-depth look at each week’s legislative actions, the governor, public agencies, and important events, as lawmakers act on matters that affect you and your family. 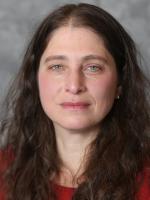 Laura Belin says she enjoys being KHOI’s state capitol correspondent to "keep an eye on the state government for KHOI’s listeners." According to Belin, "There’s always more than one story and sometimes the most important developments go unnoticed at the onset. While mainstream media usually only can make time for the big story of the day, the half-hour format of KHOI’s Capitol Week allows time to go deeper into not only the big stories but also, the stories you won’t hear elsewhere.” 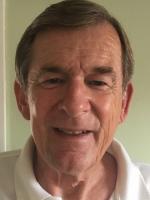 Dennis Hart has been reporting on local and state news for KHOI for more than 3 years. He volunteers his services in his retirement, after spending a lifetime reporting news for both radio and television and teaching journalism at various venues around the country, including the Greenlee School of Journalism at Iowa State University. About hosting Capitol Week, he says, “It is my pleasure to work alongside Laura. With years of experience and knowledge of the capitol, she provides an invaluable behind-the-scenes view of the government and how it affects us.”