Local Talk 2020_06_05 included an interview of Dr. Sonal Padalkar Assistant professor of Mechanical Engineering at ISU about antimicrobial materials. And Abdul Mohammad with Monarch Development Team concerning civil strife in recent days of the murder of a black man while in police custody. And of course another delightful visit with Anna Bananna Magnusson’s Heart to Heart messages closed out the show.

Today's Local Talk was about justice, starting with Carolyn Raffensperger;s conversation with Pat Schlarbaum, and continuing with Betty Andrews guests from the NAACP forum on "Hate Crimes and Police Community Relations" KHOI played excerpts remarks by Ako Abdul-Samad, Izaah Knox, Joshua Barr  and Derrick Johnson.  For an eyewitness report of "giving the knee" at recent protests in Des Moines we had Al Womble.

Local Talk 2020_06_02 included an interview of Abdul Mohammad with Monarch Development Team concerning civil strife in recent days concerning the murder of a black man while in police custody. Tracey Stoll and Robin Schinnow discussed the Pandemic Haiku book which was created during the pandemic and recently published with proceeds paying for meals for those in need. Susan Gwiasda invited Police Commander Jason Tuttle about reopening playgrounds, skate park, and summer activities. Officer Tuttle also fielded questions concerning the Ames Police Department and recent civil unrest issues in Ames and around the nation. And of course another delightful visit with Anna Magnusson’s Heart to Heart messages closed out the show.

Dennis Hart gives a summary of Iowa news from past week.

Anne Kinzel describes a gathering in Ames over the weekend to protest the killing of George FLoyd in Minneapolis.

Gina Zaffarano, Ames native lives in Minneapolis in the  Uptown area of Minneapolis, just blocks from the looting destruction along Lake Street, and where she has her hair salon. She describes her neighborhood and the diverse community of residents and local businesses who are suffering, as well as her thoughts about the history of police racism leading to anger, as well as groups in the street - both demonstrators and rioters- and efforts in her neighborhood to pull together.

Dr. Val Sheffield, award-winning University of Iowa Molecular Genetics Chair in the Carver College of Medicine, explains a new take-home spit-based COVID19 test that he and his team have developed and hope to have FDA approved within weeks. He hopes to make affordable testing more readily available soon. He also explains why his genetic research on blindness provides the tools to also test for COVID19.

Local Talk 2020_05_29 included an interview by Cal Halliburton of Republican primary challenger Dr. Brett Richard’s to Congressman Steve King’s District Four seat of US House of Representatives. Susan Gwiasda invited Corey Mellies with City of Ames, Fleet and Facilities Manager, provided excellent overview of what to expect as city reopens from Covid19-Response. And of course another delightful visit with Anna Magnusson’s Heart to Heart messages.

Charlie Weber, with Good Neighbor Emergency Assistance, one of 16 nonprofit organizations that form the Story CountyAlliance for Philanthropy, makes a call for nominations of Story County people and entities worthy of an award for philanthropy during the past year. There will be an award ceremony for these people in November, including an honorary art work as a token of recognition, made by a local artist. Make your nomination at their web site.

We hear a Persian Song in Recognition of Iranian Health workers, which comes with a video showing Iranian health workers in the struggle against COVID -19. Iran became one of the first coronavirus hot spots outside of China in March. It is now being understood that the numbers are higher because Iranian doctors now are seeing a surge of patients with gastrointestinal problems rather than respiratory symptoms. This is a red flag for us as well.

Dr. Jim Roth, Presidential Chair in Veterinary Microbiology and Preventive Medicine and Director of the Center for Food Security and Public Health at ISU, explains why so many new diseases are being transmitted from animals to humans. He also discusses the food supply in the area of animals for consumption during the COVID19 crisis and the much bigger looming issue of food insecurity, as people have lose their jobs.

Susan Gwiasda gives an update on decisions made by the City of Ames regarding opening facilities. Furman Pool will remain closed. The Municipal pool will be opened as possible. Read a summary of municipal decisions . 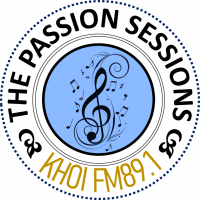