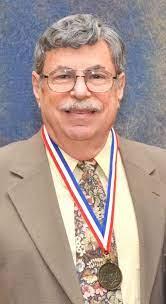 It is with great sadness that we learned of the death of David Gradwohl,
who died March 2022, when visiting family. Listeners to KHOI
knew David primarily through interviews about the archeology
and history of our area. Ironically we have played several archives
interviews with him during the past month – one about the
archeology of the first people who lived in the Des Moines river
valley some 10,000 years ago (2/02/2022). Later he told us about

Local Talk for Friday, February 25, 2022 started with recap of the news for this week from the Ames Tribune by Dennis Hart.

Mario Cothen provided a memorial to his friend Matt Diaber DeClement that featured an invitation to attend a “bar crawl” Saturday, February 26 from noon to 5PM starting at Cy’s Roost.

Susan Gwiasda, Public Information Officer for the City of Ames provided updates on the city.  Justin Clausen, Maintenance Supervisor for City of Ames,  provided a behind the scenes look at snow removal after last night’s four inch to our February landscape.  Justin also referenced a lot of their snow removal efforts this year centered around the January 14 snowfall that totaled 12 and ½ inches.  That snowfall was the third most severe storm since 1988  68which encompassed 685 snowfall events.

Carolyn Raffensberger, Director of the Science and Environmental Health Network, provided a report about caring for a dear friend needing hospice care.  Yet, when no assistance could be found, Carolyn and a group of community minded individuals provided for their friend’s needs.  Carolyn provided a wonderful link to our environmental stewardship that includes taking care of the earth also.

Music featured Bill Withers, Ain’t No Sunshine and a second performance by Buddy Guy of this time honored memorial tune.  And Celebration by Kool and the Gang were included in honor and respect for the passing of Matthew Diaber DeClement.

Dave Gradwohl, ISU Archeologist, gives a history of the Black coal mining town of Buxton and  how the Des Moines Buxton club kept its former residents connected through the generations after the mine closed in 1920.

Jumping a century ahead, Al Womble tells about how Iowa organizations and individuals provided for the tenants of low-income Crestwood apartments in Davenport when they were evicted in August 2021 so the owner could demolish the building for high-end lofts.

Ursula Ruedenberg and Ron Latson talked in 2014 with people in the Ames Black Community and KHOI about their experiences in Ames.

We listen to portions of a presentation about Owls at Wild Birds Unlimited.  We learn how to identify the various owls, learn about some of their habits, needs, and specilized characteristics.  Presenters included WBU’s Matthew Card, Iowa Wildlife Center’s Director, Marlene Ehresman, and Center Volunteer Rehabilitator; Jen Dyche.

Liz Zuercher; Executive Director of the Story County Community Foundation, introduces us to Kelly Berquist with the Mary Greeley Medical Foundation and EMT, Nicholas Toornstra who discuss the major grant they received from the SCCF for their Third Way Project; a colaboration among several agencies in Ames where the goal is to provide alternative service for individuals who request assistance via the  911 System as a primary means of contact for help during times of mental health crisis, homelessness, welfare “checks” and other similar types of need. An initial priority of the project is the purchase of a suitable response vehicle stocked with basic equipment and modified to meet these specialized needs.
Susan Gwiasda Public Information Officer for the City of Ames Shares updates and reminds listeners of the upcoming City Council meeting and the Eco Chat that will be held at the Ames Public Library.

Then Ames Animal Control and Animal Shelter Supervisor Ron Edwards updates on happenings at the Ames Animal Shelter shares some timely information about some of the calls they get this time of the year about outdoor wildlife and companion animal needs.

Local Talk for Monday, February 21, 2022 started with recap of the news for this week across the state by Dennis Hart.

Liz Zuecker Executive Director with the Story County Community Foundation invited Kelly Bergquist with Mary Greeley Medical Center Foundation. Mary Greeley Medical Center Foundation – Third Way Project – was offerd a Major Grant of $25,000. The Third Way Project is a collaboration among several agencies in Ames where the goal is to provide an alternative service for individuals who utilize the 911 system as a primary means for initiating help during times of mental health crisis, homelessness and other non-emergent times of need. An initial priority for the project is the purchase of a suitable response vehicle, with modifications for basic equipment. Additional information can be located at their website, storycountyfoundation.org.

John Howe, Director of the Raptor Resource project provided some background on Bald Eagle nesting activities. There are a peak number of Bald Eagles in Iowa this winter according to a recent MidWinter Bald Eagle Survey.

Local Talk for Friday, February 18, 2022 started with recap of the news for this week from the Ames Tribune by Dennis Hart.

Mario Cothen provided a succinct and interesting back story to a gross disparity of black coaches in the NFL.  Mario provides a genuine voice to issues of racial injustice being an athlete and coach.

Susan Gwiasda, Public Information Officer for the City of Ames provided updates on the city.  Monday is a holiday, President’s Day and city offices will be closed. Virtual concert series tonight with featured guest, Alegra Hernandez.  Series will continue through the rest of the month. Susan invited CyRide Director, Barbara Neal to talk about the new electric buses CyRide expects this summer.  And Barbara addressed the changes that needed to happen at the bus facility to accommodate the new buses, and the additional buses expected.